About The 1962 Aquarian Stellium

All Aquarians born in January or February of 1962 have a stellium in Aquarius. There has never been another year where there were so many planets grouped together in Aquarius. Some of these people will have all seven personal planets in Aquarius. Sun, Moon, Mercury, Venus, Mars, Jupiter and Saturn were all in Aquarius for a two day period in early February 1962.

Eight years ago (in 1996) I wrote an article for the Mountain Astrologer about the 1962 set of Aquastells and what they could expect in the near future as Uranus began its seven year transit through Aquarius. This article is reprinted below.” 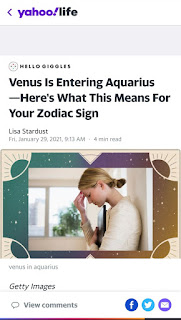 Watch on YouTube:   https://www.youtube.com/watch?app=desktop&v=9GFusACf-5A Ray Grasse [Theosophical Society, The Mountain Astrologer Magazine] takes us into a very, very good discussion on the on-going transition between the Piscean astrological age & the nascent Age of Aquarius. Enjoy! Dan \\//_