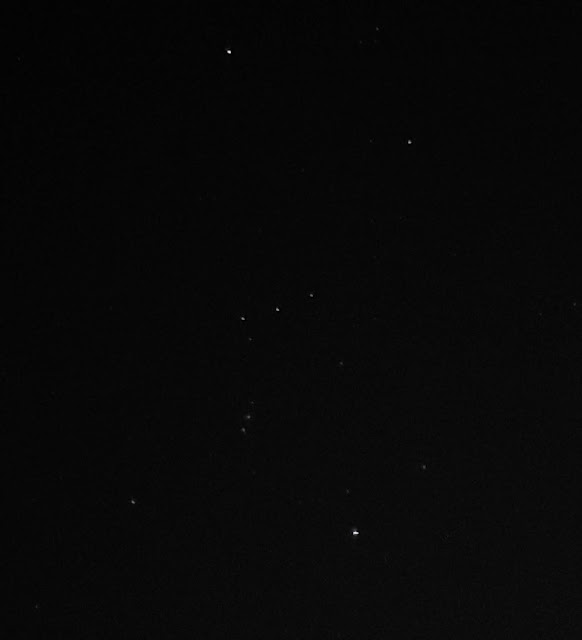 Orion was the first constellation that I ever learned.

It was in a high school astronomy class. We were taken to the University of Wisconsin in Madison's observatory on a Winter night for a field trip.

The telescope was a fairly large refractor, and its observation target that night was the nebula in Orion. The nebula is between Orion's sword and belt.

This happened in Winter, 1977. It has stuck with me ever since. It made nearly as big an impact on me as watching the Apollo 11 Moon landing in 2nd/3rd grade Summer school.

A Love-Hate Relationship With The Modern Web & Smartphones

There is more information at our fingertips than has been the case for all of human history, and it has never been a tougher slog to read it. There are things I love about smartphones and the modern web, and things I despise. I'll save the love for last... In each category. Let's dive into smartphones first, and what makes reading information on one such a colossal pain in the ass: * Notifications - Yeah, yeah, I know you can turn off notifications for this and for that. I know you can turn off all notifications.  The former is a butt-load of work to go through and tweak. You have to find the individual notifications in some dark creepy sub-basement corner of your smartphone settings and hunt them like rats in underground Chicago. The latter leaves you the equivalent of deaf and blind in cyberspace, locked in the bubble of some pocket cyberververse of your own making. It's peaceful, but it's isolated and you have no idea what might be hitting you like a bad radiation fi

I bought my TI-35 Plus scientific calendar in 1990, the same year my son was born. It was purchased to get me through my Aircraft Electronics math courses at Blackhawk Technical College in Janesville, Wisconsin. I graduated from that program with honors & a 3.9 GPA, straight-A student in the Spring of 1993. The calculator served me well for a few years, but then it was relegated to my tool box after I started math courses at MSOE, where a TI-88 graphing calculator was mandated. I later gave the TI-88 to my stepson, who was taking a dual-bachelor of engineering program at UI Champaign-Urbana around Y2K. By then the batteries in the TI-35 (Eveready 357) were long-drained and cheap drugstore calculators were all over and abundant. Still, I kept the TI-35 around, more for nostalgia than anything else. Well, here in August of 2020, I pulled out the vintage TI-35+ and attempted to put fresh batteries in after a little rubbing alcohol on a Q-tip (Standard electrical contact cleaning techn